Back to Art
Back to Sculpture
A rare enamel, gold and rock crystal figure of Emperor Maximilian I by Reinhold Vasters, Aachen, In the Renaissance style, circa 1870. The gold figure in bright enameled priestly clothing, wearing the Habsburg imperial crown, with orb and scepter on his enameled hands, standing on a rock crystal base. The rock crystal base marked: “Maximilianus I. MCCCCXCIII” [1493] Apparently unmarked Measures: Height 9.5 in high A true museum masterpiece. A rare opportunity to own this wonderful object. Literature: Miriam Krautwurst, Reinholt Vasters: Ein nederrheinischer Goldschmied des 19. Jahrhunderts in der Tradition alter Meister. Sein Zeichnungskonvolut im Victoria and Albert Museum, Trier (University doctoral thesis), 2003 About Reinhold Vasters: Vasters was the son of a locksmith, and in 1853 entered his maker’s mark as a goldsmith in Aachen, near his birthplace. The same year he was appointed restorer to the Aachen Cathedral treasury, and became known as a maker of church plate in gothic style. However, it was his work in the Renaissance style which brought him prosperity, and later notoriety. In association with the Vienna-born Paris dealer Frédéric Spitzer, he enhanced incomplete or damaged early works of art, or created them whole-cloth based on early examples.

Spitzer sold these on to the major collectors of the 1870s and 1880s, particularly members of the Rothschild family. After Spitzer’s death in 1890, his collection (including remaining stock) was luxuriously published then dispersed by auction, with many pieces finding their way to American collectors such as J.P. Morgan, Benjamin Altman, and Henry Walters. Long accepted as antiques, Vasters’ works have been recently identified through a group of drawings preserved at the Victoria and Albert Museum. Sold at Vasters posthumous sale in Aachen in 1909, they were given to the V&A in 1919. From these, many Vasters’creations, probably in association with Spitzer and the goldsmith Alfred André, have been identified, including thirty pieces in the Metropolitan Museum (Yvonne Hackenbroch, “Reinhold Vasters, Goldsmith” Metropolitan Museum of Art Journal 19/20 (1986), p. 164). From his beginnings at the Cathedral Treasury, repairing and reworking genuine ancient items was one of Vasters’ specialties. Contemporary accounts credited Spitzer with persuading clergy to sell him old liturgical items cheaply, because of damage and wear, while offering to replace them with new creations in “historical” styles that would better suit contemporary religious practice (ibid. p. 169).

When Vasters loaned almost 500 pieces from his own collection to a Kunsthistorische Ausstellung in Düsseldorf in 1902, the group included fractured rock crystal vessels and orphan lids and pedestals. These suggest less a finished “collection” than the contents of a workshop, the antique raw material around which to create a finished complete item for Spitzer’s clientele. Ms. Hackenbroch’s study of Vasters’ work distinguishes between “gold-mounted rock crystals of sixteenth and seventeenth-century origin” and those of nineteenth-century origin, and this divide is echoed in the character of the V&A drawings; there are fewer whole designs than there are small, exquisitely rendered details, suggesting enhancements to existing forms. The drawings associated with the offered lot are a case in point. First published by Miriam Krautwurst in her 2003 doctoral thesis, these beautifully colored designs show the attributes held by each figure, and designs for the two patterns of wings. The figures, whose origins will be considered in the next section, were the sort of fragments with which Spitzer and Vasters excelled. Their poses required pedestals; they were supplied in richly colored lapis lazuli, enhanced by enameled gold moldings.

"Their open and outstretched hands required objects; rather than the religious emblems that they probably originally held, a secular program was developed – perhaps to better appeal to non-Catholic or Jewish collectors."
Back to Art
Back to Sculpture 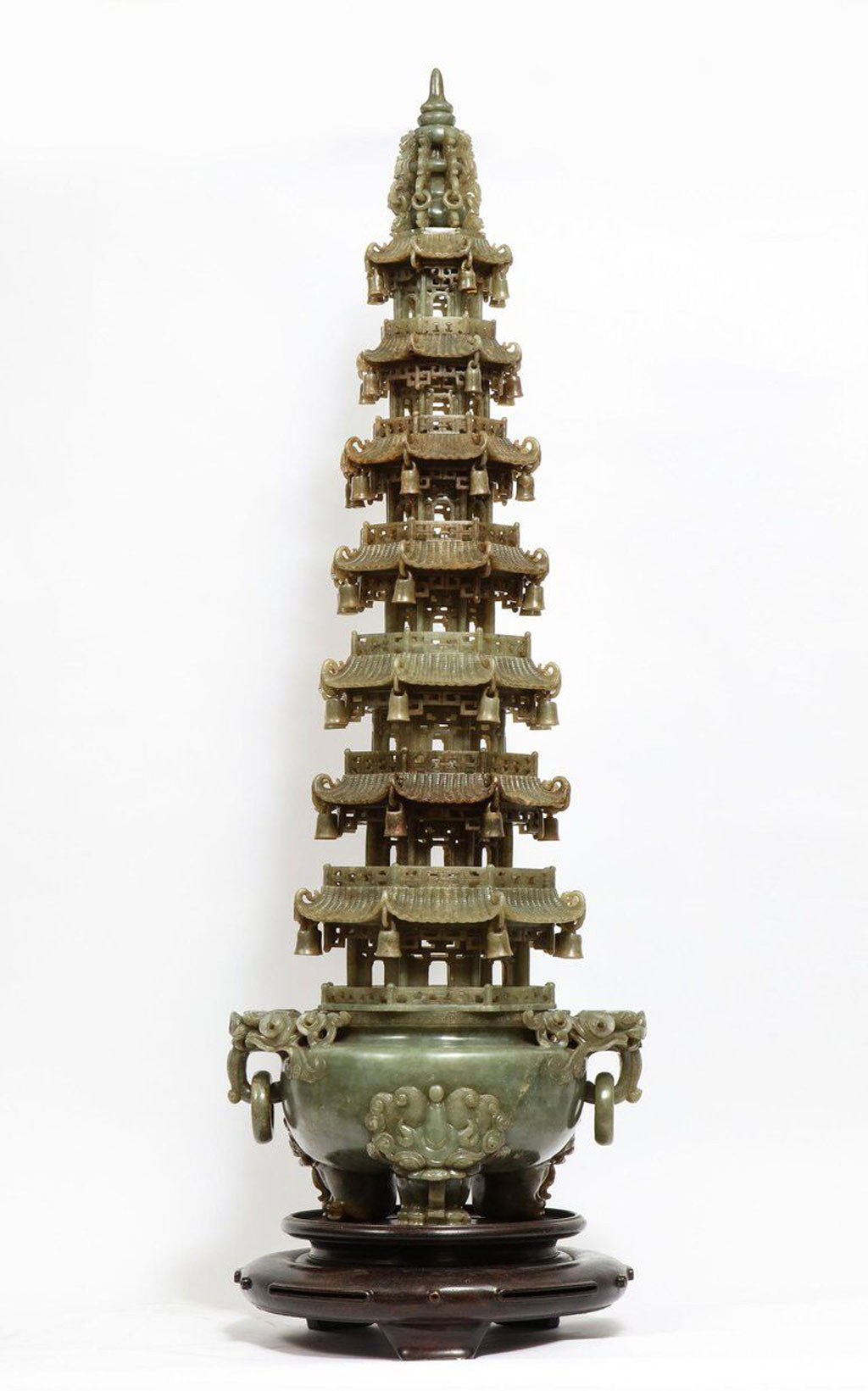 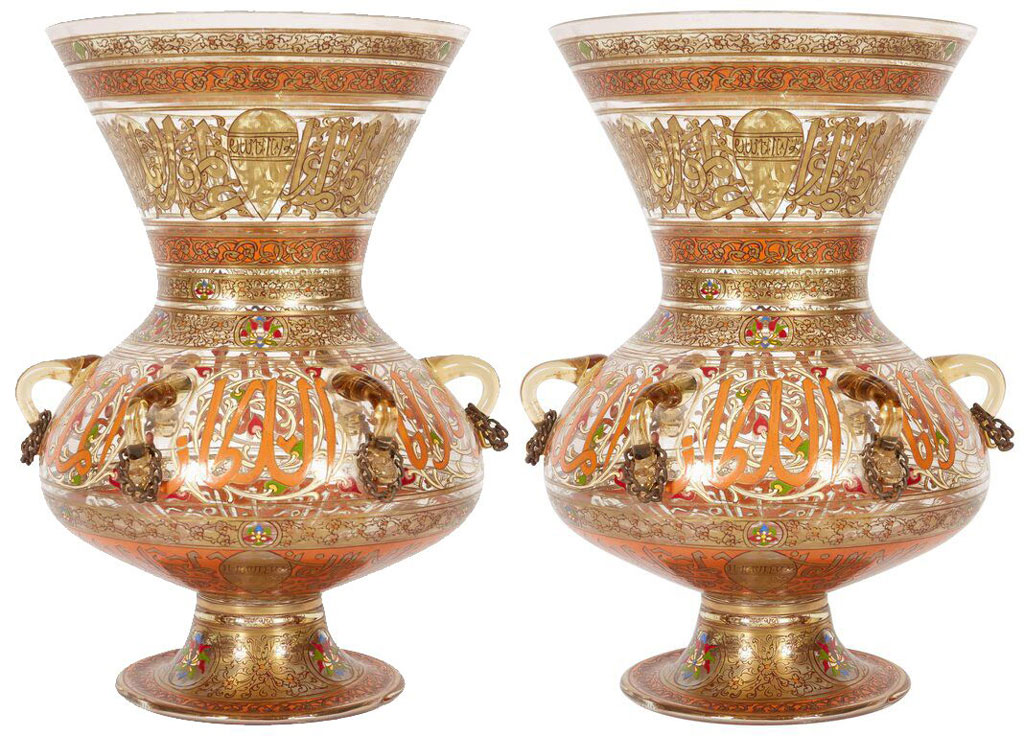