Recognized as the biggest and luxurious in-water yacht display in Europe, the Monaco Yacht Show is an annual event held annually in Port Hercules, Monaco. The event is attended by the rich elites and VIPs of the world. Other attendees include yacht builders, brokers, designers, yacht-industry insiders and wealthy clients who are on the mission of finding exquisite yachts among the world’s best. 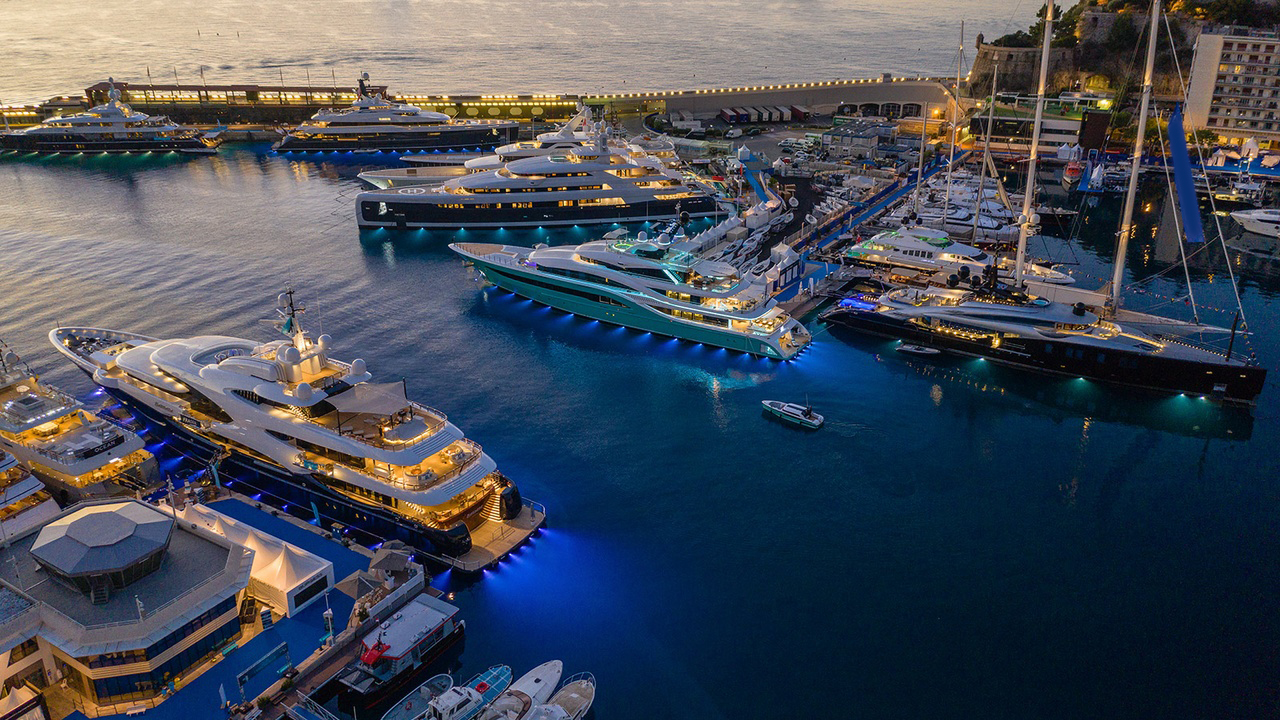 The history of the Yacht show goes back to 1991 when the event was launched in European waters. Being a broker-oriented event, superyachts of more than 20 meters in length showed off for the first time. As the popularity of the event grew with every passing year, more people started pouring in from all over the world. Luxury brands, expensive automobile manufacturers and yacht designers made their way to the French Riviera every year to witness the grandiose of the mega display of yachts. In 2002, 65 yachts were displayed during the event and more than 15,000 people attended the show. Just a couple of years later, in 2016, the number of yachts parked in Port Hercules increased to 125.

The Monaco Yacht Show 2019 marked the 29th anniversary of the show. It started on the 25th  of September and the glitz and glamour of the superyacht event lasted for four days, ending with an exquisite ceremony on the 29th of September.

Apart from the lavish display of yachts organized in the Mediterranean, there were more than 150 other small events that were a part of the Yacht show. Press conferences, product presentations, galas, and soirées were some of the major highlights. The night before the show inaugurated, an exquisite gala was held on a strict invitation basis. The guest list included CEOs, yacht brokerages, owners and prospective buyers who gathered at the beautiful Monaco Yacht Club.

Some of the highlights of the 2019 Yacht Show were Attila, which won the MYS/RINA Award,  Excellence, which received the prize for best exterior design and finest new yacht offering, and TIS.

One of the most expensive and luxurious superyachts displayed was the Superyacht, TIS. Manufactured by the German builders Luerssen Verwaltungs GmbH, its value exceeds $275,000,000. It is 111.5 meters long and can accommodate almost 20 guests and 38 crew members. The deck is furnished with leather harm arms and loungers. TIS won the award for Best Interior Design.

The 64-metre Attila won the MYS/RINA Award, being eco-friendliest superyacht according to RINA’s environmental standards. Attila is the largest that has been built by San Lorenzo, an Italian company.

The 80-meter Excellence yacht was built in 2019 by Abeking & Rasmussen, a pioneering shipyard in Germany. Excellence features an exterior design by Winch, a yacht design company based in London High Street.

The Yacht Show is an event that is looked forward to by VIPs and yacht enthusiasts. With 125 yachts on the display, the rich yachts were moored in the quay all day long. The rich ambiance of the four-day event is enhanced by lavish parties, gala dinners, and live music.