Back to Art
Back to Objects
Important Silver & Viennese enamel mounted repousse tortoiseshell jewelry cabinet box in the Renaissance style. Very large and impressive in size. This extraordinary, large antique table cabinet in the Greco-Roman / Renaissance style dates from the mid-late 19th century and of Austro-Hungarian origin. It is distinguished from typical Austrian enamel-decorated case pieces by its extensive use of tortoise shell, silver-plated repousse and sterling silver mounts that frame all of the enamel, repousse and tortoiseshell designs. Its design, excellent craftsmanship and elaborate decorations make it the most unique and impressive example of continental tabletop cabinetry we have seen in over thirty years.

Designed in the form of a Greek temple, it is constructed from ebonized wood and features a rectangular, domed roof, supported by four pilasters decorated with silver mounts depicting neoclassical motifs including oil lamps, scrollwork and Corinthian capitals, with a flared base decorated on all sides with tortoise shell outlined in silver, with bun shaped feet. The most distinguishing feature of the cabinet (aside from the extensive use of silver and inlaid shell) are the figurative chased and embossed repousse panels depicting Greco-Roman figures exhibiting the Seven Deadly Sins, including gula (gluttony), luxuria (lust), avaritia (avarice), superbia and vanagloria (pride and vanity), ira (wrath), acedia and tristitia (sloth and despair) and invidia (envy).

Each panel includes supporting text in Latin and frames of silver. Condition of each plaque is very good. Above the ebonized roofline is a frieze decorated with four polychrome enamel panels in the front, and tortoise shell panels with silver frames on left and right. Silver finials in the form of oil lamps decorate the corners of the frieze and the roof above is decorated with more tortoise shell framed in silver, including rosettes with a silver twisted rope border on four sides. The top lid is decorated with a repousse panel depicting a reclining soldier and lion and two enamel panels, all of which are framed in silver. Four silver finials at the corners serve as handles to remove the lid, revealing a storage compartment beneath. Two center doors are decorated with four repousse plaques depicting reclining Greco-Roman female beauties and a center section depicting a soldier within an arched doorway and architectural frame.

The repousse work in this area is highly intricate and exceptional and depicts a triumphant soldier beneath the archway, caryatids with Corinthian capitals on left and right, surmounted by standing nude figures beside the arched roof with god and goddess. Above the doors are three small drawers framed in silver to match the motif that extends around the perimeter of the cabinet, with an architectural roof serving as the handle on the center drawer. On left and right sides are four large tortoise shell panels with rosettes, all of which are again framed in silver. The center doors open to reveal four large drawers decorated with enamel panels of similar design, but each with unique standing figures depicted in a center medallion. In the center are three smaller drawers, also decorated with enamel panels, all of which are framed in silver. We have found no hallmarks and the maker is unknown. Additional images forwarded upon request.
Back to Art
Back to Objects 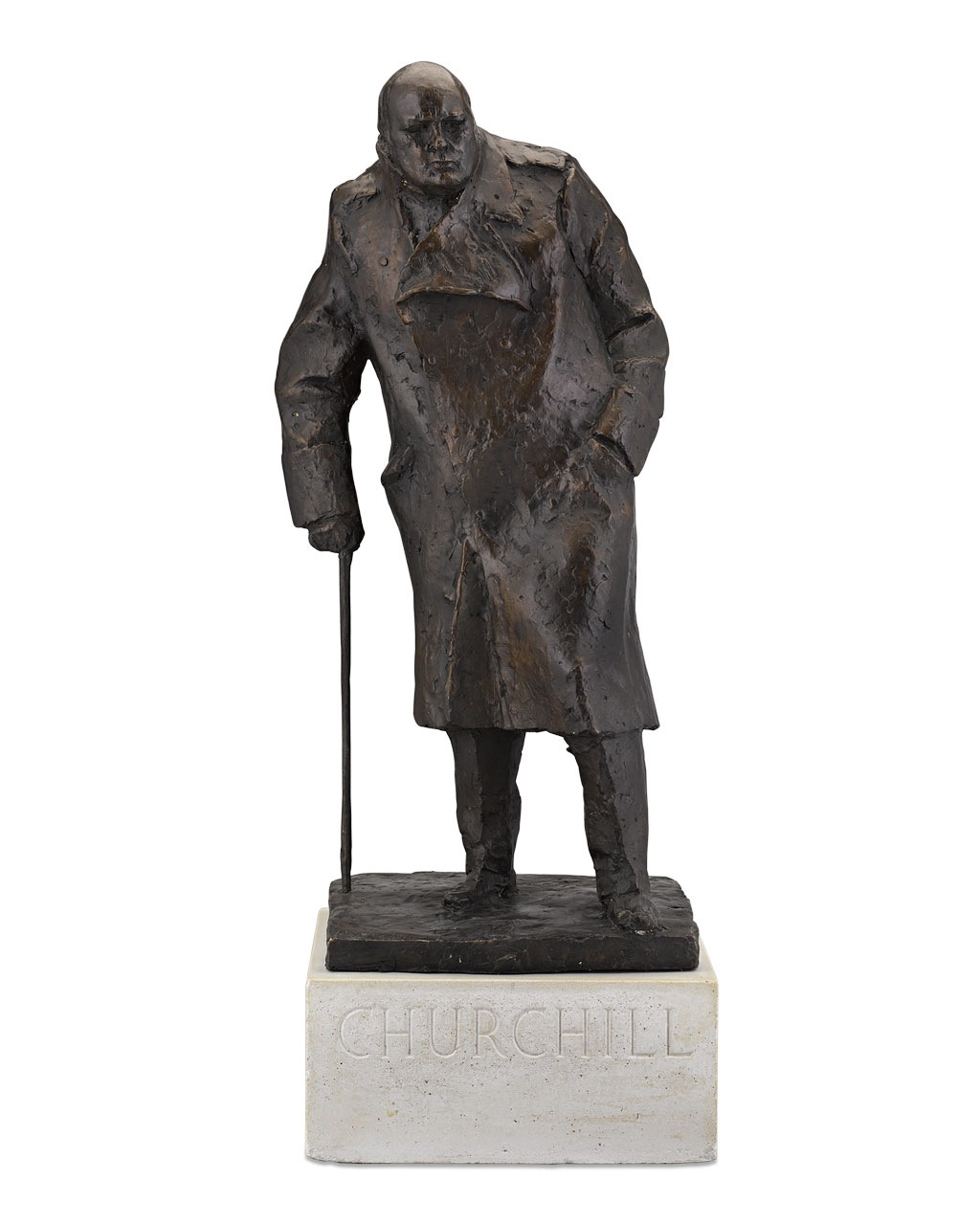 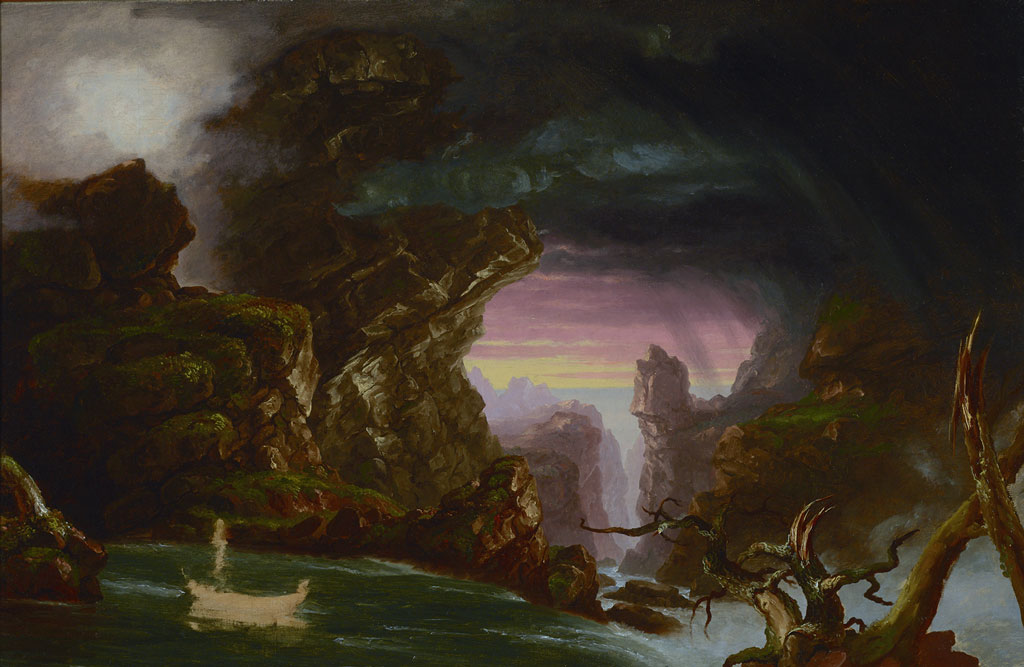 The Voyage Of Life By Thomas Cole